It might seem as though last night’s Game of Thrones episode was the most dramatic event one could imagine, but there’s actually quite a lot going on in the real world today.

Bradley Manning is the kid who leaked loads of sensitive US materials to Wikileaks, and has been detained in terrible conditions since. The Manning/Wikileaks situation is billed as one of the largest information leaks in a generation. Bradley Manning’s very sanity has been questioned since he was discovered and arrested in Iraq three years ago. Some regard him as a hero. Some as a traitor. He’s been charged with more than 20 counts related to the leaks. The outcome of his trial will have intense implications whichever way the trial goes. 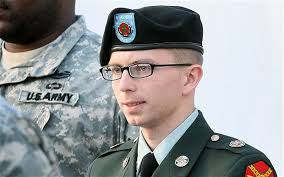 They wanted to tear down another park in Turkey to build another shopping mall. That instance, combined with ever more limiting regulations on personal liberty (regulations around alcohol, opposition to foreign and economic policies, etc), inspired thousands to the busiest area of downtown to protest. Which then “inspired” a super heavy-handed response. Tear gas canisters and rubber bullets are being shot at people’s heads. Several have lost eyes. It’s not a pretty picture. But this is. 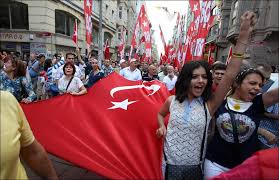 Tokyo authorities would like to return to the power of nuclear reactors. For obvious reasons, thousands of people in Tokyo were like, “oh hell no.”

If you had to guess, how many days would you think Guantanamo Prisoners have been on hunger strike? The answer is at the bottom of this post. But to get you started, according to guardian.co.uk, 103 of Gitmo’s 166 prisoners are on hunger strike. 36 are now being force fed to keep them alive. Some of the detainees have been held without charge for a decade. 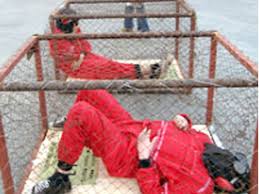 More people died last Friday in another Oklahoma tornado; One of the worst draughts in American history has led to fires in California and New Mexico; and although we probably won’t see another superstorm (like Sandy), NYC is still probably not ready for this year’s hurricane season. Hurricane season officially began this past weekend, and is expected to be “unusually severe“.

Guantanamo inmates have been on hunger strike for 117 days.

Hot Off the Presses